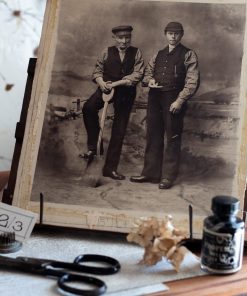 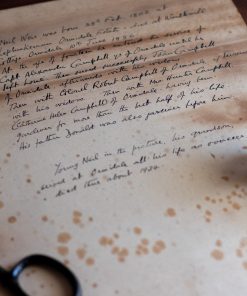 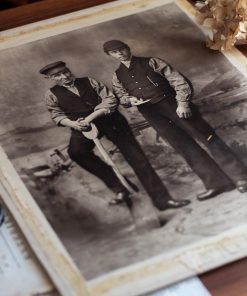 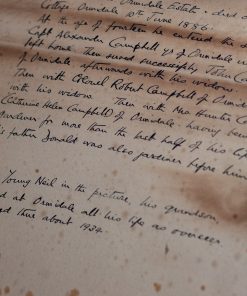 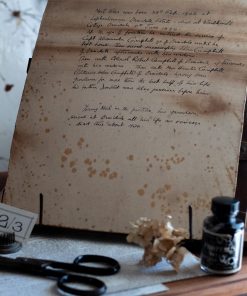 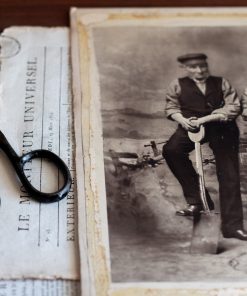 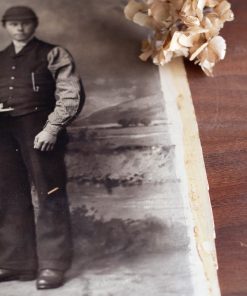 A wonderful large Victorian Photograph of an elderly gardener and his son with annotated verso on the reverse reading “Neil Weir was born 28th February 1802 at Ormidale Estate, died … 1886. At the age of fourteen he entered the service of Capt Alexander Campbell of Ormidale until he left home. Then served successively John Campbell of Ormidale, afterwards his widow. Then with Colonel Robert Campbell of Ormidale …. having been gardener for more than the last half of his life. His father Donald was also a gardener before him. Young Neil in the picture, his grandson, served at Ormidale all his life as overseer, died about 1934.

I’ve researched into The Ormidale estate to discover, the house was originally built in 1693, by the then Duke of Argyll. It has been through various incarnations since, and the building has changed over the years. Since the turn of the century before last, it has stood more or less as it stands now, with a major restyling and renovation of the North West wing undertaken under famous Scottish architect Sir Robert Lorimer completed in 1910.

Although apparently only ever owned by four families, including the Campbells, it has paid its way in a few different ways. The house was used as a shooting lodge in the early 1900’s, and was used as a hotel.

A fabulous piece of social history that would also look wonderful displayed in the home. Please note the stand isn’t included.

This is an original antique item and has had a previous life. It has age related imperfections, which adds to the charm and character. 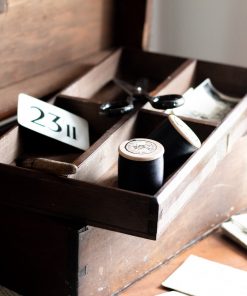 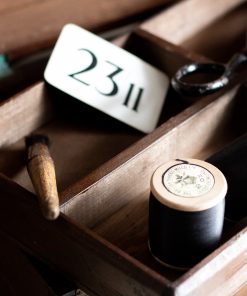 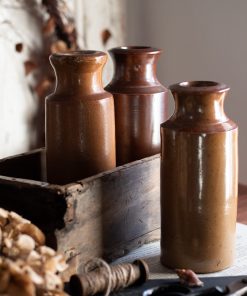 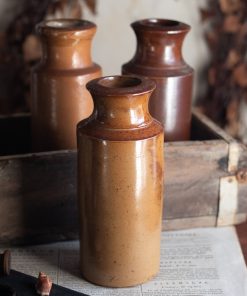 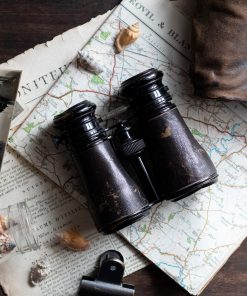 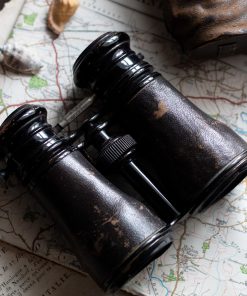 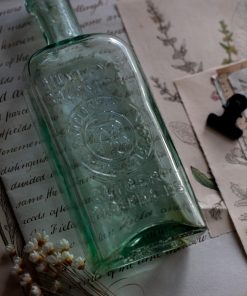 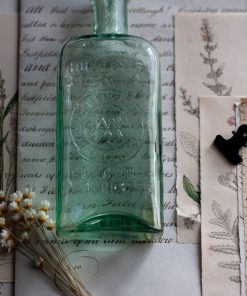 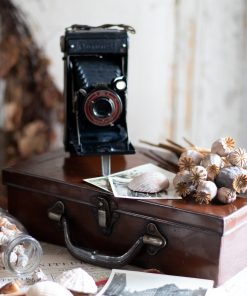 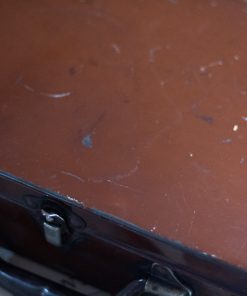 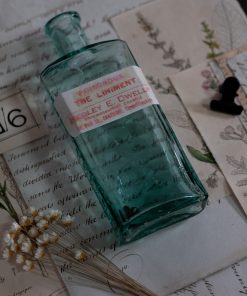 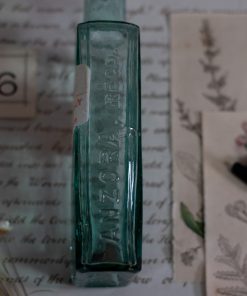 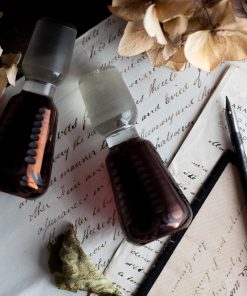 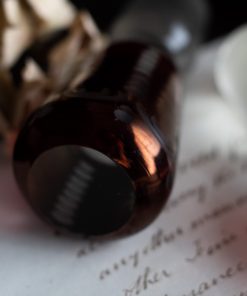 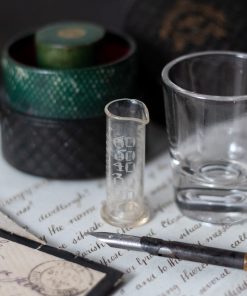 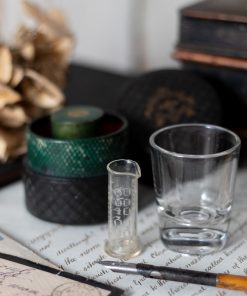 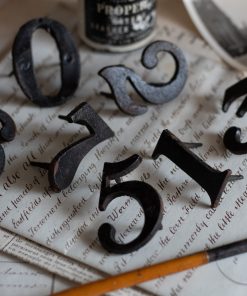 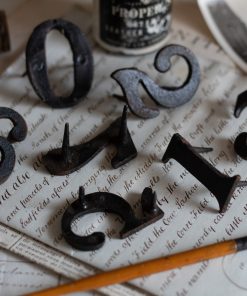